The Arya Chakravarti who controlled greater parts of the North-west coast of Sri Lanka between 1277 and 1283, he raided the western Sri Lankan coast Negombo, Colombo and Chilaw. Negombo started life as a fishing port, and eventually became a major maritime hub since the Negombo Lagoon provided a sheltered sanctuary for all kinds of naval vessels. The language used in and around Negombo was Tamil when the Portuguese colonisers arrived in the 16th century. 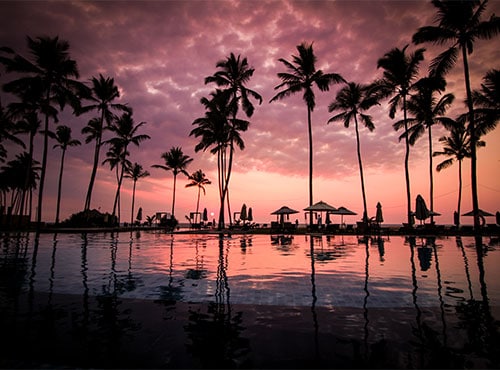 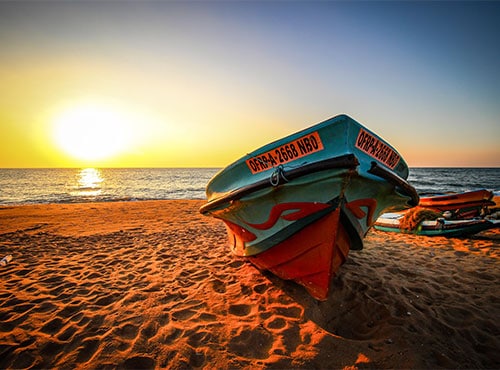 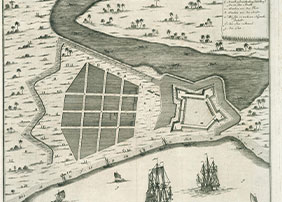 Negombo is major city in the Western Province, It is approximately 37 kilometers south of Colombo and the 10 km of (CMB) Bandaranaike International Airport . Negombo is one of the major commercial hubs in the country and the administrative center of Negombo Division. Negombo has about 142,136 population within its divisional secretariat division.

Negombo is known for its long sandy beaches and centuries old fishing industry. Negombo has a large bilingual population of dominated by Roman Catholics, the majority settled in coastal belt speak Tamil language as well but most of them are Sinhala by ethnicity.

How to Reach Negombo by bus?

How to Reach Negombo by Train?

Take bus 187 From Airport to Colombo “Fort Railway Station” for around 100 Rupees. You can purchase a 2nd or 3rd class ticket to Negombo when you arrive at the railway station the cost will be 1 to 2 $ and it will take 1 hours to reach Negombo railway station. Don’t expect to get a seat on this train as they are generally always packed.

What is the Weather in Negombo?

Average temperatures in Negombo vary little. Considering humidity, temperatures feel hot all year with a chance of rain throughout most of the year. The area is far less temperate than some — in the 4th percentile for pleasant weather —  If you’re looking for the very warmest time to visit Negombo, the hottest months are May, June, and then April. See average monthly temperatures below. The warmest time of year is generally early to mid May where highs are regularly around 89.6°F (32°C) with temperatures rarely dropping below 79.2°F (26.2°C) at night.

The busiest month for tourism in Negombo, Sri Lanka is December, followed by October and August. Prices for hotels and flights will be most expensive during these months, though you can save if you purchase well in advance. Tourists are unlikely to visit Negombo in June. Those willing to visit at these times will likely find it the least expensive month.

Spring (March through May)

Humidity and temperatures combine to make this season feel warm. Highs range from 89.6°F (32°C) and 87.4°F (30.8°C) with similar temperatures in the later months. Rain is very common with 7 to 12 days of significant precipitation per month. Spring is the slowest for tourism, which makes it a good time for those looking for deals.

Fall daily highs range from 87.5°F (30.8°C) and 86.1°F (30.1°C), which will feel very nice given the humidity and wind. It rains or snows a great amount: 13 to 14 days per month. Tourism is the second busiest during these months due to the weather, so hotels may be slightly higher priced.

The middle-year months have very comfortable weather with high temperatures that are quite warm. These months see moderate precipitation with 8 to 12 days of precipitation per month. June – August is fairly slow season for tourism in Negombo, so lodging and other accommodations may cost slightly less.

Weather is perfect this time of year in Negombo to be enjoyable for warm weather travelers. The average high during this season is between 89.4°F (31.9°C) and 86.4°F (30.2°C). On average, it rains or snows a fair amount: 4 to 9 times per month. These times of year are the busiest with tourists.

What to do in Negombo

The classic of 9 Days private tour in Sri Lanka