Polonnaruwa is the Island’s 2nd largest kingdom and it was established by the Cholas as capital city under the name Jananathapuram in the 10th century. Under this period systematic destruction of the Buddhist civilisation took place in the northern plains of Sri Lanka. Raja Raja Chola I built Vanavan Mahadevisvaram, a Shiva temple at Polonnaruwa named after his queen, which presently is known as Siva Devale. The temple among other contained Ganesa and Parvati statues of north and central parts of Sri Lanka was under this period ruled under Rajendra Chola I directly as a Chola province. However, following the year 1070 AD ended the Chola rule in the island, and Polonnaruwa was captured by Vijayabahu I of Polonnaruwa also known as Vijayabahu the great. 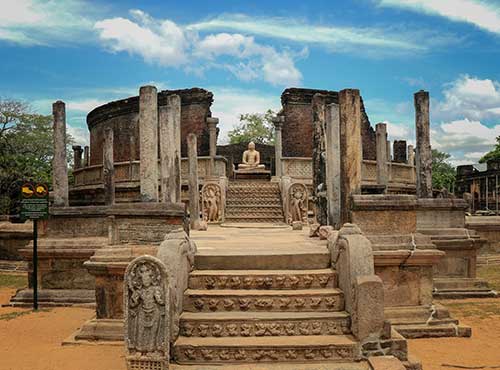 Trade and agriculture flourished under the patronage of the famous grand son of king Vijayabahu I of Polonnaruwa, king Prakramabahu the great, who was so adamant that no drop of water falling from the heavens was to be wasted and each was to be used toward the development of the land. Hence, irrigation systems that are far superior to those of the Anuradhapura Age were constructed during Parakramabahu’s reign – systems which to this day supply the water necessary for paddy cultivation during the scorching dry season in the east of the country. The greatest of these systems is the Parakrama Samudra or the Sea of Parakrama which were also used as a large sea going ship anchorage via Mahaweli River. The Kingdom of Polonnaruwa was completely self-sufficient during King Parakramabahu’s reign.

with the exception of his immediate successor, Nissankamalla I, all other monarchs of Polonnaruwa were slightly weak-willed and rather prone to picking fights within their own court.[citation needed] They also went on to form more intimate matrimonial alliances with stronger South Indian kingdoms until these matrimonial links superseded the local royal lineage. This prompted an invasion by the Aryacakravarti dynasty war load Kalinga Magha in 1214, who saw the complete destruction of the metropolises of Anuradhapura and Polonnaruwa by burning. Kalinga Magha by the time of his defeat had destroyed the Buddhist civilization in north of Sri Lanka. 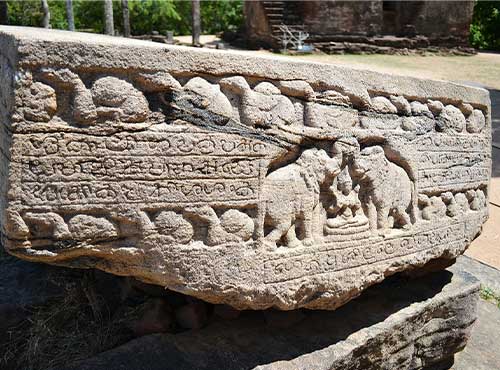 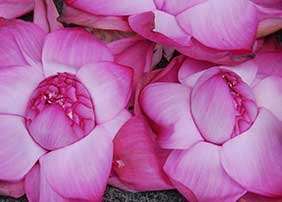 How to Reach Polonnaruwa by Bus?

How to Reach Polonnaruwa by Train ?

Take bus 187 From Airport to Colombo “Fort Railway Station” for around 100 Rupees. You can purchase a 2nd or 3rd class ticket to Polonnaruwa when you arrive at the railway station the cost will be 2 to 4 $ and it will take 6 hours and 25 min to reach Polonnaruwa. Don’t expect to get a seat on this train as they are generally always packed.

What is the Weather in Polonnaruwa?

May to October; Almost 400mm although the rain does not stay for long, the storms appear strongest during May. The temperature drops in Polonnaruwa as the season progresses; from 29°C in May it falls and fluctuates between 26°C to 28°C in October. Polonnaruwa receives less than seven hours of sunshine each day during the season.

October to November; Polonnaruwa receives an exceptionally high level of rainfall. Throughout the season it witnesses storms, sudden, and violent wind.

What to do in Polonnaruwa