According to the ancient Sri Lankan chronicle King Kashyapa (477 – 495 AD) He built his palace on the top of this rock and decorated its sides with colorful frescoes. Since the 3th century BC Sigiriya was used as a monastery and after eight centuries it was turned into a royal palace.

The construction and early history of the palace and fortress of Sigiriya is connected with several tragic events in the relationship of two royal brothers – Kasyapa and Moggallana. King Kasyapa (477-495 AD) illegally took the throne. 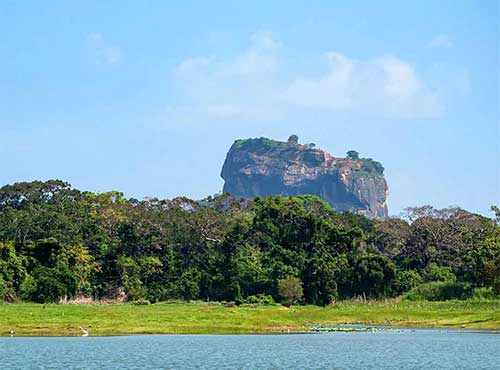 The palace – Sigiriya was constructed using the most advanced technologies of the time and was richly decorated with colorful frescos. After Kasyapa was killed in the battle with his brother’s army, the capital was moved back to Anuradhapura. Maggallana destroyed the palace of his brother and Sigiriya became a Buddhist monastery again. Approximately a thousand years later – in the 14th century it was abandoned also by monks.

In 1831 Europeans accidentally discovered Sigiriya. Jonathan Forbes – a major of the British army discovered it on his way from Polonnaruwa – a city in central Sri Lanka. The site immediately attracted the attention of historians and archaeologists, but only in the 1980s major excavations took place here.

Archeologists discovered the 5th century citadel, royal palace, gardens, parks and 1500 years old frescoes on the western wall of the complex, some parts of which remained amazingly unaltered. 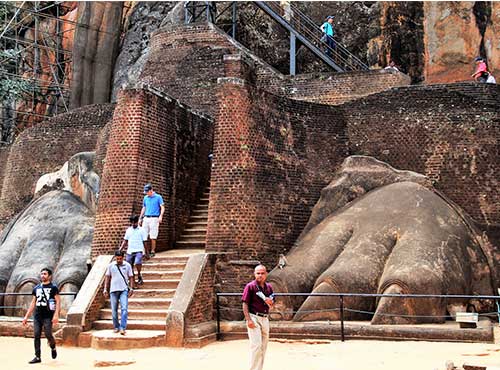 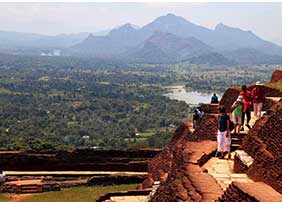 Sigiriya is an ancient rock located in the North Matale District. It is approximately 174 kilometers south of Colombo and the near town of Dambulla in the Central Province Sri Lanka, The name refers to a site of historical and archaeological significance that is dominated by a massive column of rock nearly 200 metres (660 ft) high.

How to Reach Sigiriya by Bus ?

How to Reach Sigiriya by Train?

Take bus 187 From Airport to Colombo “Fort Railway Station” for around 100 Rupees. You can purchase a 2nd or 3rd class ticket to Anradhapura when you arrive at the railway station for around 360 to 600 Rupees it will take 5 hours and 27 min to reach Habaran, from Habaran to Sigirya you need to take taxi. Don’t expect to get a seat on this train as they are generally always packed.

What is the Weather in Sigiriya?

May to October; Almost 400mm although the rain does not stay for long, the storms appear strongest during May. The temperature drops in Anuradhapura as the season progresses; from 29°C in May it falls and fluctuates between 26°C to 28°C in October. Anuradhapura receives less than seven hours of sunshine each day during the season.

October to November; Anuradhapura receives an exceptionally high level of rainfall. Throughout the season it witnesses storms, sudden, and violent wind.

What to do in Sigiriya