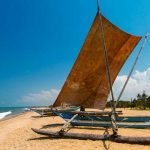 Explore the best of Island this 13 day tour includes star class hotel accommodation and you will be promisingly entertaining, exciting and full of new experiences Glorious beaches in Galle & Bentota , world heritage site Sigiriya, Mihintale and Memorable place in Kandy and Ella this tour covers a good range of places in Sri Lanka of your interest.

is a zoological garden in Pinnawala in Sri Lanka and second zoo in Sri Lanka after Dehiwala zoo the zoo spreads over an expanse of 44 acres which has been landscaped without harming its natural beauty.  Since Sri Lanka is home to a rich diversity of animals

The finest of its kind in Asia, the largest of the botanical gardens of Sri Lanka, couldn’t be better located. In the Mediterranean climate of Kandy, the gateway to the Central Highlands, the Gardens, at an elevation of 500 meters above sea-level, were tightly bounded on three sides by a loop of River Mahaweli (Great sandy river), the largest river of Sri Lanka

Turtle hatchery about the difference kinds of turtles, the injuries and risks they suffer in the oceans and how the sactuary project works

It is one of the beautiful beach in west coast surrounded by coconut trees to sped your days and relax under the sun, enjoy thrilling water sports such as sailing, windsurfing, parasailing, jet skiing and more