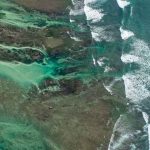 Explore the best of Sri Lanka this luxury trip includes star class hotel accommodation and these 2 days of your lives will be promisingly entertaining, exciting and full of new experiences. The tour covers a good range of Sri Lanka’s places of interest. Having gathered unique experience in kosgoda sea turtle hatchery about the difference kinds of turtles, the injuries and risks they suffer in the oceans and how the sactuary work to project, Madu river boat ride bentota, Historical experience in Galle fort and most remarkable moment’s at most attractive 4×4 Jeep Safari at Yala National Park.

Turtle hatchery about the difference kinds of turtles, the injuries and risks they suffer in the oceans and how the sanctuary project works.

Madu Ganga(RIVER). A relaxing journey full of interesting stops. You pass dozens of islets forested with mangroves and appreciating the timeless natural rhythms of rural

Galle Fort in the Bay of Galle on the southwest coast of Sri Lanka, was built first in 1588 by the Portuguese, then extensively fortified by the Dutch during the 17th century from 1649 onwards. It is a historical, archaeological and architectural heritage monument, which even after more than 423 years maintains a polished appearance, due to extensive reconstruction work done by Archaeological Department of Sri Lanka.

An ancient Buddhist temple in Mulkirigala, Sri Lanka. The temple is built on a 205-meter high natural rock, which is surrounded by four other rocks

You will be picked up from your hotel in Colombo city, by our chauffeur guide and commence the 2 days tour to Kosgoda sea turtle hatchery, Madu river boat ride Bentota, Galle Fort, and Yala National Park. With convenient round-trip transportation, you can relax on the transfers to and from Colombo.

Arrival (Airport to Kosgoda – 116Km – 1h, 35m ) After pickup from Airport transfer to Turtle hatchery; about the different kinds of turtles, then we proceed to Balapitiya for doing the Madu River Boat Tour; a relaxing journey and drives to Galle and visit historical Galle fort and drives to Yala Overnight Accommodation Yala - * Hotel

Morning 4.45 a.m start to do the morning safari in Yala National Park Safari by jeep; take a safari to leopard country evening visit Mulgirigala Raja Maha Viharaya; an ancient Buddhist temple in Mulkirigala and drop off to airport or hotel.