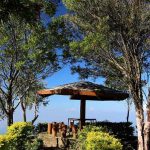 Explore the best of Sri Lanka this luxury trip includes star class hotel accommodation and these 3 days of your lives will be promisingly entertaining, exciting and full of new experiences. The tour covers a good range of upcontry (Nuware Eliya) places of interest. Visiting tea factory, a traditional spice garden, george lake, Waterfalls, Horton’s Plain (World’s End)is will make this trip unforgettable and Ella Sri Lanka’s highest village Apart from stunning views and the cool mountain air Ella is known for the Sita Cave. A destination for lovers from all over the world.

Often referred to as ‘Little England’, this genteel highland community does have a rose-tinted, vaguely British-country-village feel to it, with its colonial-era bungalows, Tudor-style hotels, well-tended hedgerows and pretty gardens.

Horton Plains National Park is covered by montane grassland and cloud forest. This plateau at an altitude of 2,100–2,300 meters is rich in biodiversity and many species found here are endemic to the region.

Ella is a backpacker’s town set in the tropical countryside surrounding greenery and tea plantations. In other words, its breathtaking!

We proceed to Nuwara Eliya, we stop at the traditional spice garden. After Tea Factory and will proceed to Nuwara Eliya town, is a town in the central highlands of Sri Lanka with a picturesque landscape and temperate climate. It is located at an altitude of 1,868 m and is considered one of the most important locations for Tea production in Sri Lanka. The town is overlooked by Pidurutalagala, the tallest mountain in Sri Lanka, sightseeing tour and stay at Nuwara Eliya over night.

After breakfast you will start an exploration of Sri Lanka's hill country. Waterfalls, dense jungles, and the serenity of World's End or Horton's Plain will make this trip unforgettable. In the afternoon you will be visiting Ella, Sri Lanka's highest village. Apart from stunning views and the cool mountain air Ella is known for the Sita Cave. A destination for lovers from all over the world. Overnight in Nuwara Eliya.

Last Day will visit Nuwara Eliya town garden return back to Airport or Hotel in Colombo.