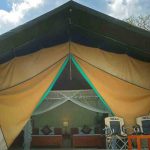 Sri Lanka The island  has a heritage for gem mining and trading that dates back 2000 year and it is earned its namesake as the ‘Gem Island’ or ‘Island of Gemsa tropical island.

An ancient Buddhist temple in Mulkirigala, Sri Lanka. The temple is built on a 205-meter high natural rock, which is surrounded by four other rocks

this is also a fishing port and one of the island’s main whale and dolphin watching locations.u would be able to enjoy a great beach and Sea safari. Cruise leisurely in Southern highway early in the morning

Galle Fort in the Bay of Galle on the southwest coast of Sri Lanka, was built first in 1588 by the Portuguese, then extensively fortified by the Dutch during the 17th century from 1649 onwards. It is a historical, archaeological and architectural heritage monument, which even after more than 423 years maintains a polished appearance, due to extensive reconstruction work done by Archaeological Department of Sri Lanka.

This lighthouse is the tallest lighthouse of Sri Lanka. In fact, it is tallest in entire Southeast Asia

Pristine sandy beaches, fringed by coconut trees set the perfect atmosphere to relax and unwind all year round. This sprawling stretch of beach is preserved by sand bars and coral reefs, making it an ideal spot for swimming, snorkelling and diving.

The white sands, palm groves and the lovely waters, set in a tropical environment is the perfect getaway from the wintertime blues. Located in the south east end of Sri Lanka, Tangalle is the last town within the Sri Lankan border and is home to wide open beaches.

You will be picked up from your hotel in Colombo city or Airport, by our chauffeur guide and commence the 5 days tour to beautiful Udawalawa, Tangallle and Mirissaa tour with convenient round-trip transportation, you can relax on the transfers to and from Colombo.

Arrival (Airport to Ratnapura – 121 Km – 2h 32m) After pickup from Airport we visit Gem mining in Ratnapura The island has a heritage for gem mining and trading that dates back 2000 years. Evening (Ratnapura to Udawalawa - 93 Km - 1h 45m) will be transferred to the Udawalawa Campsite and rest. Overnight Accommodation - Campsite

Early Morning (Tangalle to Mirissa - 51Km - 1h -25m) will vesting to Mirissa Whale Watching Safari you would be able to enjoy a great beach and Sea safari. Evening we will visit Dickwella beach. Overnight Accommodation -3* Hotel

Morning (Tangalle to Dondra 35Km - 1h) We will visit Dondra Lighthouse This lighthouse is the tallest lighthouse of Sri Lanka. In fact, it is tallest in entire Southeast Asia and will visit Galle fort and transfer to Airport to Hotel in Colombo)