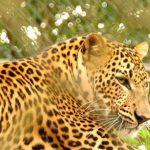 Explore the best of Island this 8 day tour includes star class hotel accommodation and you will be promisingly entertaining, exciting and full of new experiences Glorious beaches in Galle, world heritage site Sigiriya and Memorable place in Nuwara Eliya and more this tour covers a good range of places in Sri Lanka of your interest.

Turtle hatchery about the difference kinds of turtles, the injuries and risks they suffer in the oceans and how the sactuary project works

Madu River Safari is popular activity which  is located in the south of Sri Lanka near Galle. The water of the river is dotted with small islands and covered with lush mangrove trees.

You would be able to enjoy a great beach and Sea safari. Cruise leisurely in Southern highway.

This long sandy beach is largely protected by headlands, reefs and sand-bars, making it safer for swimming.

Ella is surrounded by hills covered with cloud forests and tea plantations. The town has a cooler climate than its surroundings, due to its elevation.

Horton Plains National Park is covered by montane grassland and cloud forest. This plateau at an altitude of 2,100–2,300 meters is rich in biodiversity and many species found here are endemic to the region.

Nuwara Eliya, perched high in the temperate mountain zone of Sri Lanka, has the perfect terrain and year-round cool weather for strawberry.

Tea Factory is a convenient factory to visit as it’s right on the roadside. Its tours are very brief, but do include a free cup of tea.

You will be picked up from your hotel in Colombo city or Airport, by our chauffeur guide and commence the 8 days tour Bentota, Galle, Dickwella, Yala Safari, Ella, Nuwara Eliya, Kandy and Sigiriya with convenient round-trip transportation, you can relax on the transfers to and from Colombo.

Arrival (Airport to Hikkaduwa – 144 Km – 2h ) After pickup from Airport transfer to Hikkaduwa we will visit Turtle Hatchery, Madu River Boat Safari. Evening (Hikkaduwa to Galle -18km 25m) will visit Galle fort and enjoy the rest of the day to relax at your Hotel.
Overnight Accommodation Galle - 3* Hotel

Morning (Hambantota to Yala -54km - 1h) After breakfast Step into the wild 4x4 Safari in Yala. Evening (Yala to Ella -84km -2h) we will visit Ella surrounded by hills and covered by cloud. Overnight Accommodation - *Hotel at Ella