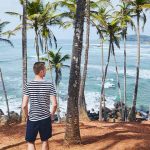 Explore the best of Island this 12 day tour includes star class hotel accommodation and you will be promisingly entertaining, exciting and full of new experiences historical ancient city anuradhapura, Glorious beaches in Mirissa, Hiriketiya, Bentota, Memorable place in Nuwara Eliya, Ella and more this tour covers a good range of places in Sri Lanka of your interest.

This is the largest stupa in Sri Lanka. It was the third largest structure in the ancient world

Unawatuna is one of the biggest tourist destinations in Sri Lanka and is the most “famous” beach in the country. It is a lovely banana-shaped beach of golden sand and turquoise water, surrounded by green palm trees!

Mirissa was one of the prettiest places I saw in Sri Lanka. It’s the perfect place for relaxation, sunbathing, and surfing.

You will be picked up from your hotel in Colombo city or Airport, by our chauffeur guide and commence the 12 days tour Historical places Anuradhapura, Mihintale & Polonnaruwa. in cool climate Nuwara Eliya, Ella & Beach city MirRisa, Bentota, Hiriketiya, you can relax on the transfers to and from Colombo.

Arrival (Airport to Habarana e – 151 Km – 2h 50Min) After pickup from Airport transfer to Habarana will be visiting Dambulla curve temple Check-in at the hotel, and enjoy the rest of the day to relax at your leisure.
Overnight Accommodation - 3* Hotel

Morning (Habarana to Sigiriya - 24min) After breakfast we will visit Sigiriya The historic rock of the same name dominates the landscape of World Heritage-listed. Evening (Sigiriya to Polonnaruwa - 1h, 30m) We will visit Archaeological Museum and Polonnaruwa Vatadage. Overnight Accommodation - *Hotel at Habarana

Morning (Habarana to Peradeniya -99k 2h,45m) after breakfast we will visit Royal Botanical Garden in Kandy - the largest of the botanical gardens of Sri Lanka. Evening (Peradeniya to Kandy - 6k - 16m ) We will visit Lake, Gem Museum, Art & Craft

A totally free day with no plans. A free day for you to relax and enjoy the beach, to explore the surroundings on foot. Evening visit Wewrukannala Buduraja Maha Viharaya Impressive temple from the 18th century with the highest Buddha statue in Sri Lanka ( 50m ! ). Overnight Accommodation. Hotel in Hiriketiya.

Mirissa to Airport - 101k - 2h-: Check out any time today, or option to stay on a little while longer. Whichever you decide, our guides will be on hand to help out.