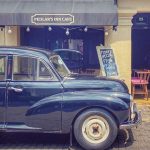 Explore the best of Island this trip includes star class hotel accommodation and these 7 days of your lives will be promisingly entertaining, exciting and full of new experiences in cool climate in Nuwara Eliya and Ella, glorious beaches in Dickwella, Historical city in Kandy and Pinnawala The tour covers a good range of places of your interest.

One of the well-known tourist attraction in Galle The Lighthouse which is dates back 1848 (the current structure was rebuild in 1939). This is UNESCO world heritage site and stands on the walls of the ancient Galle Fort

Is a small town in the Badulla District of Uva Province, Sri Lanka governed by an Urban Council. Ella is surrounded by hills covered with cloud forests and tea plantations. The town has a cooler climate than its surroundings, due to its elevation. The Ella Gap allows views

Is a protected area in the central highlands of Sri Lanka and is covered by montane grassland and cloud forest. This plateau at an altitude of 2,100–2,300 meters is rich in biodiversity and many species found here are endemic to the region.

The finest of its kind in Asia, the largest of the botanical gardens of Sri Lanka, couldn’t be better located. In the Mediterranean climate of Kandy, the gateway to the Central Highlands, the Gardens, at an elevation of 500 meters above sea-level, were tightly bounded on three sides by a loop of River Mahaweli (Great sandy river), the largest river of Sri Lanka.

Established in 1975, nursery and captive breeding ground of wild Asian Elephants; enjoy the elephants bath (river), Milk feeding to baby elephants and you can ride on a Elephant.

zoological garden in Pinnawala in Sri Lanka and second zoo in Sri Lanka after Dehiwala zoo the zoo spreads over an expanse of 44 acres which has been landscaped without harming its natural beauty.  Since Sri Lanka is home to a rich diversity of animals.

You will be picked up from your hotel in Colombo city or Airport, by our chauffeur guide and commence the 7 days tour to beautiful Galle, Nuwara Eliya, Kandy & Colombo tour with convenient round-trip transportation, you can relax on the transfers to and from Colombo.

Morning (Nuwara Eliya to Hakgala - 10.4 Km - 30m) We will visit Hakgala Botanical Garden is one of the five botanical gardens in Sri Lanka. Evening (Hakgala to Nuwara Eliya - 10.4Km - 30M) George lake this lake is popular with tourists who can enjoy strolling the footpaths, taking out a swan-shaped pedal boat, trotting around on a pony, jet skis or speedboats around the lake.

Morning (Nuwara Eliya to Kandy - 89Km - 3h) We will visit the finest of its kind in Asia, the largest of the botanical gardens of Sri Lanka, couldn't be better located. Evening ( Peradeniya to Kandy 6km 22m) We will visit Kandy Lake Visit a Gem Museum, Art & Craft & City center.

Colombo is the Commercial capital of Sri Lanka and The Tour covers sightseeing such as Independent square, Galle face green, etc and you will get the opportunity to engage in shopping, the taste of local street food, etc.