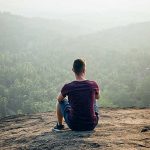 Explore the best of Island this 8 day tour includes star class hotel accommodation and you will be promisingly entertaining, exciting and full of new experiences historical ancient city Anuradhapura, Polonnaruwa, Memorable place in Nuwara Eliya and more this tour covers a good range of places in Sri Lanka of your interest.

Minneriya national park. The extent of the Minneriya national park is about 8,889 hectares. There are wetlands in this National Park, which have international importance, animal and plant species, which are plenty in dry zone, are found in this park. Wild elephants, various amphibians, local and immigrant bird species are plenty in this park. May to October is the best period to visit here to see the famous Large amount of the elephant

Kandy is a large city in central Sri Lanka. It’s set on a plateau surrounded by mountains, which are home to tea plantations and biodiverse rainforest. The city’s heart is scenic Kandy Lake Visit a Gem Museum , Art & Craft

You will be picked up from your hotel in Colombo city or Airport, by our chauffeur guide and commence the 8 days the tour covers Anuradhapura, Polonnaruwa, Kandy & Nuwara Eliya, you can relax on the transfers to and from Colombo.

Arrival (Airport to Habarana e – 151 Km – 2h 50Min) After pickup from Airport transfer to Habarana will be visiting Dabulla curve temple Check-in at the hotel, and enjoy the rest of the day to relax at your leisure.
Overnight Accommodation - 3* Hotel

Morning (Habrana to Sigiriya - 24min) After breakfast we will visit Sigiriya The historic rock of the same name dominates the landscape of World Heritage-listed. Evening (Sigiriya to Polonnaruwa - 1h, 30m) We will visit Archaeological Museum and Polonnaruwa Vatadage. Overnight Accommodation - *Hotel at Habarana

Morning (Habarana to Minneriya - 25km - 28m) after breakfast we will visit Minneriya National Park One of the best places to see wild elephants, the beautiful park is a nature lovers delight. Evening (Minneriya to Kandy - 127km - 3h ) We will visit Lake, Gem Museum, Art & Craft