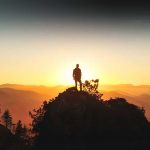 Explore the best of Island this 16 day tour includes star class hotel accommodation and you will be promisingly entertaining, exciting and full of new experiences Glorious beaches in Mirissa, Trincomalee, world heritage site Sigiriya , and Memorable place in Kandy and Ella this tour covers a good range of places in Sri Lanka of your interest.

The Kandy to Ella train ride in Sri Lanka is considered one of the most beautiful train rides in the world.  It is well known for its railway architecture of the British colonial era in 1864. You will get an excellent view of this bridge among the tea plantations from the hills around it. The train that runs over the bridge passing through the tunnel is very scenic.

The Pinnawela Elephant Orphanage, established in 1975, commenced with seven orphans. Today some of these orphans enjoy the fortune of seeing their grand children born in the same location.

Kandy is a large city in central Sri Lanka. It’s set on surrounded by mountains, which are home to tea plantations and biodiverse rainforest. The city’s heart is scenic Kandy Lake Visit a Gem Museum, Art & Craft

The finest of its kind in Asia, the largest of the botanical gardens of Sri Lanka, couldn’t be better located. In the Mediterranean climate of Kandy, the gateway to the Central Highlands, the Gardens, at an elevation of 500 meters above sea-level were tightly bounded on three sides by a loop of River Mahaweli (Great sandy river), the largest river of Sri Lanka

Temple of the Tooth–

An important symbol of Sri Lanka. It is believed that whoever holds the tooth relic, holds the governance of the country.

The magnificent Nine Arch Bridge, located between Ella and Demodara station is one of the awe-inspiring engineerings marvels of the early 20th century

whale watching. The ever-smiling, mischievous dolphins will put on a show while some of the oldest and the largest sea creatures.

Turtle hatchery about the different kinds of turtles, the injuries and risks they suffer in the oceans and how the sanctuary project works

Madu RiverSafari is a popular activity which is located in the south of Sri Lanka near Galle. The water of the river is dotted with small islands and the banks are all covered with lush mangrove trees.

There are seven wells in a square shape. Wells are only 3–4 feet deep and you can clearly see the bottom. The temperature is considerably high but vary slightly from one spring to another

Hindu Temple. Koneswaram Temple or Tirukoneswaram Kovil is situated on top of Swami Rock. This temple is dedicated to the Hindu God Shiva,

The island is beautiful  rock pools with  white sands and glittering coral gardens snorkeling almost as satisfying as diving, and it’s home to dozens of corals, hundreds of reef fish (including blacktip reef sharks) and turtles

One of the best places to see wild elephants, the beautiful park is a nature lovers’ delight. Jeep safaris through the dense forest are thrilling; the park opens up near the water tank where you can witness hundreds of elephants, especially during the dry season

Devon Falls is one of the most popular waterfall in the country especially due to its clear view from the popular Hatton Nuwara Eliya Road the waterfall 97 meters in height is situated on the Kotmale Oya River. Devon fall stands at an altitude of 1140 m above sea level.

Kitulgala is a small town in the west of Sri Lanka. It is in the wet zone rain forest and is one of the wettest places in the country. is also a base for white-water rafting, which starts a few kilometers upstream and also popular as a location for adventure-based training programs.

You will be picked up from your hotel in Colombo city or Airport, by our chauffeur guide and commence the 16 days tour Kandy, Ella, Yala, and Galle with convenient round-trip transportation, you can relax on the transfers to and from Colombo.

Arrival (Airport to Negombo – 8 Km – 18m ) AAfter pickup from Airport transfer to Negambo Check in to your hotel and rest for a few hours before capturing the streets of Negombo on a city tour. You will visit the colonial remains of the Dutch period, a Buddhist temple, and a catholic church. You will get close to slow life in the local fishing villages; walk the lively fish market, and the bustling bazaar. Optional Boat trip through the Dutch canal, lagoon Overnight Accommodation Negambo - * Hotel

Morning ( Kandy to peradeniya - 6km 17m) After breakfast we will be visiting the Royal Botanical garden the Largest Botanical Garden in Sri Lanka. Evening (Peradeniya to Kandy -6k - 17m) visit Temple of the Tooth -an important symbol of Sri Lanka. Overnight Accommodation - * Hotel in Kandy

Morning (Kitulgala to Nuwara Eliya - 71km, 2h) After breakfast will visit Devon Falls is one of the most popular waterfalls in the country. Evening visit victoria park This is one of the country's most attractive, and best-maintained, town parks in Nuwara Eliya and George lake this lake is popular with tourists can enjoy strolling the footpaths, taking out a swan-shaped pedal boat, trotting around on a pony, jet skis or speedboats around the lake. Overnight Accommodation - * Nuwara Eliya

Morning (Nuwara Eliya to Horton plains - 28km 1h) After breakfast we will visit Horton Plains National Park is covered by montane grassland and cloud forest. This plateau at an altitude of 2,100–2,300 meters is rich in biodiversity and many species found here are endemic to the region. Overnight Accommodation - * Nuwara Eliya

A totally free day with no plans. A free day for you to relax and enjoy the beach, to explore the surroundings on foot. Or Early Morning Dolphin & Whale Watching sea Safari Activities

Bentota to Airport - 104k - 1h, 30m: Check out any time today, or option to stay on a little while longer. Whichever you decide, our guides will be on hand to help out.