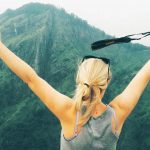 Explore the best of Island this 9 day tour includes star class hotel accommodation and you will be promisingly entertaining, exciting and full of new experiences Glorious beaches in Galle, world heritage site Sigiriya and Memorable place in Kandy and Ella this tour covers a good range of places in Sri Lanka of your interest.

is a zoological garden in Pinnawala in Sri Lanka and second zoo in Sri Lanka after Dehiwala zoo the zoo spreads over an expanse of 44 acres which has been landscaped without harming its natural beauty.  Since Sri Lanka is home to a rich diversity of animals

The finest of its kind in Asia, the largest of the botanical gardens of Sri Lanka, couldn’t be better located. In the Mediterranean climate of Kandy, the gateway to the Central Highlands, the Gardens, at an elevation of 500 meters above sea-level, were tightly bounded on three sides by a loop of River Mahaweli (Great sandy river), the largest river of Sri Lanka

Train Ride to to Ella

This journey was voted one of the prettiest train rides in the world, and thus a very popular ride

This long sandy beach is largely protected by headlands, reefs and sand-bars, making it safer for swimming. The headlands have reefs along their rocks, close to the beach. At both the Pehambiya end and the western end, swimmers can snorkel out from the beach to watch colourful reef fish amongst the rocks.

You would be able to enjoy a great beach and Sea safari. Cruise leisurely in Southern highway early in the morning.

One of the well known tourist attraction in Galle The Lighthouse which is dates back 1848 (the current stucture was rebuild in 1939). This is UNESCO world heritage site and stands on the walls of the ancient Galle Fort

Madu RiverSafari is popular activity which  is located in the south of Sri Lanka near Galle. The water of the river is dotted with small islands and the banks are all covered with lush mangrove trees.